Woman Finds Out Boyfriend of Six Years Is Undercover Cop Spying on Her and Her Friends – “I thought I knew him better than anyone.” I posted this link on Facebook with a longer comment than usual:

Lands of the free? Informants and undercover infiltration have serious chilling effects on activism and free speech of those trying hardest for change. 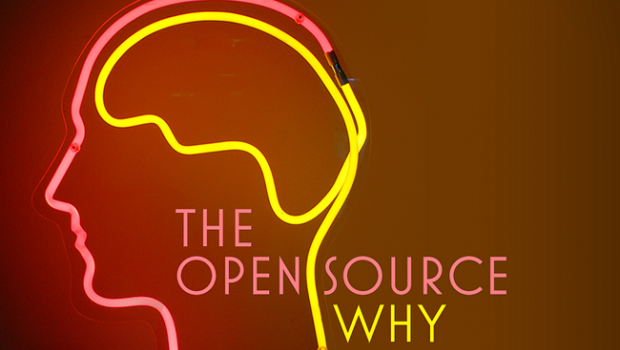 Especially since Occupy, sadly, such risks increasingly discourage me from working very much with others. Such risks should hopefully be relatively small for my non-violent self. But it would also be irresponsible not to be vigilant, especially when working in groups, especially if we manage to be effective. It really sucks, and deeply upsets me as a life-long activist. And I have grown quite radical, but cannot imagine how much worse this fear would be with another race or creed.

I still don’t understand how ‘democracy’ is possible without transparency. Activists wouldn’t have to factor in such concerns if governments relied only on ‪#‎OpenSourceIntelligence‬, which requires infinitely more honesty and less fuckery and entrapment. The flip side is my continued preference for open source resistance… when secrecy is required for an activist/underdog strategy, it is more vulnerable to failures. As with open source software security, ideal strategies should be so well planned that they can achieve success even when the other side can see every line of your source code.

That said, since Occupy, I have been far more interested in building our future world which MUST over-grow and make the current one obsolete, than directly resisting the current shit show. But these are the kinds of things which realities force me to strategically weigh over the years.

I haven’t heard others frame things this way, so I’m sorry if this is a bit nebulous as my first real attempt/rant to explain it. I hope I don’t wander too far and that you find some value here…

The concept came to me after one night in Occupy Davis CA, about a week after the infamous pepper spray incident. There were perhaps 60 of us meeting to decide how to protest the next day and avoid being [quickly] shut down by the police. They wanted me and others to turn off our video cameras, as if that would significantly decrease the odds of giving police advanced knowledge of our plans. And then some 5-10 people who were ~leading the days plans openly withhold certain strategic details of the plan (in case some of the 60 were infiltrators).

Two major problems immediately struck/shocked/offended me: 1) Why would anyone have significantly more confidence that the 5-10 ~leaders were not infiltrated? and 2) How can participants in an action have informed consent with the strategy without knowing all of the plans (a terrific opportunity for entrapment and/or pooping in a group’s punch bowl)?

Many civil disobedience actions can be, and are, quite open source. If everyone is going to do something where it is already a given they will be arrested, this changes the math. Strategies become more focused on how to maximize disobedience time in ways the police tool sets cannot quickly, cleanly neutralize (like those arm-tubes, goggles, face protection, and peaceful resistance training). And the other focus is largely on the imagery: how do we make this a statement which the media/society finds powerful?

Knowing the general police protocols and strategies, such disobedience is usually structured to force the police to look like total assholes for the cameras, if they predictably do their job. If this is a primary goal of an action, it is very achievable since police tool sets and strategies are far less nimble than those of activists (only able to truly change over years or maaaybe weeks, not days). And even if the police have advance knowledge that everybody will have arm-tubes and goggles, they simply don’t have the tools to cleanly get around those defenses without looking like assholes, which is a primary objective in this scenario.

So that’s a more physical example which may help in visualizing what an open source strategy means to me. But especially since Occupy, I don’t think most street-level actions, protests, or marches are actually very effective. I would say that boycotts and agorist strategies are much more effective to the bottom-lines of the world (where it hurts them most), and almost always open source. We must stop funding the problems, both collectively and individually.

The rational, evidence-based reasons behind a boycott, and the range of preexisting alternatives to replace the boycotted ‘need’, are naturally required to be publicly shared as the core of the strategy. And this transparency does not threaten the success of the effort since the law usually has no ability to punish for not-buying-something or opting-out. Even if new public relations efforts or laws are then initiated to combat the attack on some bottom-line, the underdog’s strategies and educational campaigns (including the identification of co-opted alternatives) are still completely transparent since the boots on the ground are so decentralized.

Perhaps analogous to Newton’s law of every force’s counter-force, it is much easier for ‘them’ to handle our direct-physical-resistance-action, than to respond to effective-strategic-inaction. Hence, though sometimes direct action against the system is very important, I think minimizing interaction with the system to maximize focus on building our replacement world is more effective, and has far less [perceived] value in secrecy within its strategies.

During the best weeks of Occupy I thought, “What if we somehow ‘win’ this round? What comes next?” Then I thought, “A power vacuum most likely filled by those already with most of the resources ready to choose and implement power-control-plans C through Z.” Taking down the system only gets us so far. So I think building something largely outside of the existing system is just inevitably required for the changes we need, and the sooner we ramp it those efforts the better.

We can’t build a better world without building it.

So to me the most ideal routes are for us to start businesses, pretty much what Muhammad Yunus calls “social businesses”. These would actively solve the problems which concern us and/or provide alternatives to mega-corps (and/or mega-govts), while financially self-sustaining in a way which can be ethically replicated by others. These could be small or large, collectively owned or not — but definitely without legal obligation to maximize profits for shareholders — Bonus points if everyone involved truly loves the day-to-day work they’re doing, improving quality of life in all the ways that GDP cannot quantify.