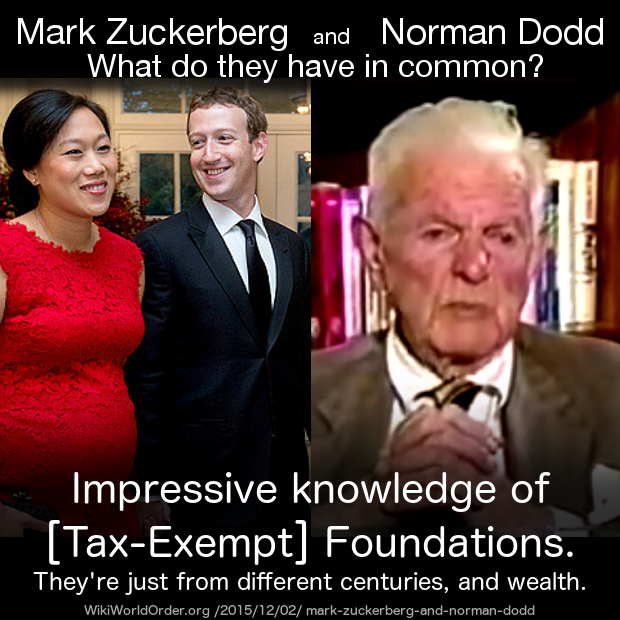 Everyone has been tweetbooking about Mark Zuckerberg’s baby and his charitable donation pledges. But one friend shared an article I found to be more interesting, balanced, and detailed than most, discussing his investment plans in the future:

…unlike a charitable trust, which is compelled to spend its money on charity, Chan Zuckerberg Initiative, LLC will be able to spend its money on whatever it wants, including private, profit-generating investment.
…
To sum up, his money is not going to a charity, but to his own LLC, which will let him evade tax by moving his private assets into a foundation. See, Zuckerberg doesn’t need massive tax benefits to do whatever he wants. He can just do whatever he wants.

The existing corporate/foundation loopholes surely CAN be used for true “greater goods.” They are just tools. Who knows, maybe he’ll create social businesses focused only on education models described by the School Sucks Podcast, and invest in renewable energy, crypto-currency adaptation, dismantling the military-industrial complex, and even zero-point energy.

But historically, the “greater goods” as defined by the top 1% or 0.1% have not actually been in the best interest of the rest. So we’ll have to see how it plays out, and must watch closely.

I have not studied details of the optimum loopholes of this decade, but presume they are in line with the plutocratic trend. And there are lots of ways to give for influence, for example, Standard Oil heir John D. Rockefeller, Jr literally paid for the land under the United Nations. There are probably so many more options now than last century, that he needed an extra lawyer or five to consult in choosing between them. Either way, he has surely been very well-informed at this point and is making extremely strategic moves.

Last century, many big power brokers with deep wealth found it most effective to put large bulks of their money into tax-exempt foundations. These could work in parallel toward changing the world in line with their needs, desires, and/or vision. In 1953, this was investigated by the US House Select Committee to Investigate Tax-Exempt Foundations and Comparable Organizations (aka the Reece Committee). This did happen in the McCarthy years, but the first quote below gives some context on his point of view of the chief investigator, Norman Dodd.

We have plenty of constitutional procedures, assuming we wish to effect a change in the form of government and that sort of thing; and, therefore, any effort in that direction which did not avail itself of the procedures which were authorized by the Constitution could be justifiably be called un-American.
…
We are now at the year 1908, which was the year that the Carnegie Foundation began operations. In that year, the trustees, meeting for the first time, raised a specific question, which they discussed throughout the balance of the year in a very learned fashion. The question is: ‘Is there any means known more effective than war, assuming you wish to alter the life of an entire people?’ And they conclude that no more effective means than war to that end is known to humanity.
…
What we were able to bring forward, what we uncovered, was the determination of these large endowed foundations, through their trustees, to actually get control over the content of American education.
…
they had to have something in the way of a rationalization of their decision to do everything they could to stop the completion of this investigation in the directions that it was moving, which would have been an exposure of this Carnegie Endowment story and the Ford Foundation and the Guggenheim and the Rockefeller Foundation, all working in harmony toward the control of education in the United States.
…
that portion of education which could be considered domestic be handled by the Rockefeller Foundation and that portion which is international should be handled by the Endowment. They then decide that the key to success of these two operations lay in the alteration of the teaching of American history.

Norman Dodd learned how these mega-foundations got heavily involved in education. Particularly in curating history. Does this phrase sound familiar?.. “He who controls the past controls the future.”


The resulting outcome-based education has since accelerated, and Charlotte Iserbyt (and plenty other ignored voices) describes this more. She served as the Senior Policy Advisor in the Office of Educational Research and Improvement (OERI), U.S. Department of Education, during the first term of U.S. President Ronald Reagan.

Charlotte Iserbyt on History… Connected: The Deliberate Dumbing Down of America