Darrell Becker, Morgan Lesko, and Katie Stone try to start figuring out how to building bridges of empathy in this moment. No matter the outcome of the 2016’s America’s Next Top President, this country was always going to need the skills sets which Darrell Becker explores and teaches at VoluntaryVisions.com.

Given Trump’s victory, which seems to have surprised most of the world, our culture could benefit from building some of the most beautiful bridges of connection in human history..

Here are some of the topics Morgan hopes to discuss:

Darrell plans to add some possibly helpful methods to the discussion: 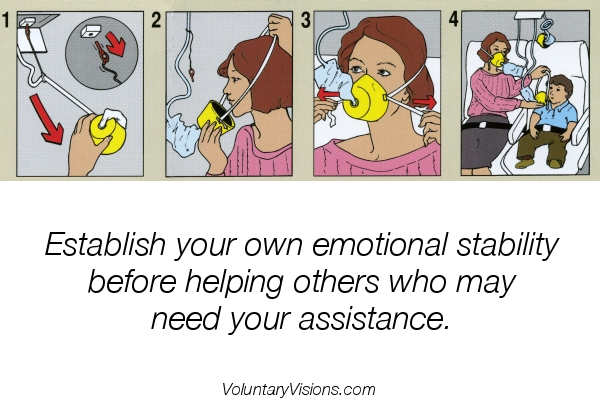 Darrell Becker, of Voluntary Visions, looks through the intellectual lenses of the Trivium method of critical thinking, Voluntary Communication (incorporating his own styles of Non-Violent Communication), the Non-Aggression Principle, as well as other lenses, so as to create internal and interpersonal emotional and intellectual equilibrium.

Darrell Becker, MSOM, L.Ac. is a licensed acupuncturist living on the Big Island of Hawaii. He has been a professor of western and eastern medical classes at the Hawaii College of Oriental Medicine from 2012 to 2014. Darrell has appeared on numerous podcasts and radio shows where he is often discussing the issues of parenting, communication skills and tactics that can be used to create intellectual and empathetic equilibrium, or balance within and between individuals. He is presently working to refine these concepts into his upcoming book, covering the subjects of his research, using the working title of “The Language of Choice”, a compendium of internal and interpersonal communication methods aimed at generating greater degrees and quantities of cognitive and empathetic freedom.

Morgan Lesko, of Wiki World Order, is a lifelong activist who has been studying and trying to learn how we will outgrow the corporate-industrial complex for ten years, after observing the physics of 9/11. He discovered NVC while participating in Occupy Sacramento, and soon found Darrell’s work and offered to be his webmaster.

Morgan also created Don’t Fallacy Me, a free, collaborative, multiplayer mind game! It provides an example, and the player selects the clearest logical fallacy. Over 140,000 logical fallacies have already been correctly identified by game players.

He will also soon be launching a new web application, Open Police Complaints, to create a world with universal, real-time access to police complaints data. This open data will no longer be controlled by government agencies. Instead, it will be publicly shared by the complainants themselves, who will be able to control who has access to their private information.

Katie Stone, of Green B, is completing her masters degree in Transformative Leadership at The California Institute of Integral Studies in San Francisco, interns with The Drug Policy Alliance, and serves as a board member of Students for Sensible Drug Policy. Katie is working hard to discover, flavor, and share new stories of our world… so we can live there as soon as possible.

With 6 years of experience in the cannabis industry, and nearly 10 years of experience in drug policy reform, Katie founded Green B to ensure cannabis based businesses are prepared for the realities of a modern and legitimate global market. A longtime cannabis activist, and advocate of environmental justice within the cannabis industry, Katie most recently worked as an intern with The Arcview Group where she lead the firms first sustainability audit and launched their Environmental Steward Sponsorship.