Don’t Fallacy Me is a free, collaborative, multiplayer mind game! It provides a statement, then you select the clearest fallacy in it.

There is a large set of fallacious statements submitted by players like you, with their best attempts to name the most obvious fallacies included. There are optional discussions for each crowd-sourced statement to allow for debates and corrections to poppable fallacy answers.

Players can optionally choose to associate the statements they post with any of the uploaded photos, leave it as random, or even upload your own (graphic templates are provided).

There is also an ‘official’ set of hopefully straight-forward examples of each fallacy, which might be best for beginners. Fallacy descriptions and these beginner examples copied from Michael Labossiere‘s, 42 Fallacies.

Top 100 high score lists are also kept for best gaming sessions and for player career totals in each of the three difficulty modes described below. Read more here on the About Page.

Don’tFallacy.Me was created by Wiki World Order. This collaborative logic training game aims to improve critical thinking and aid in the revival of the trivium method of learning. Please explore, participate in, and support independent and constructive sources of news, research, and entertainment.

I think I’ve finally gotten this little site to at least the ballpark where I would like to launch it. So it time to invite anyone interested to help me test it out and provide feedback on how it could (or needs to) be improved. No special access needed or anything, just browse to Don’tFallacy.Me. I encourage you to try playing the game as much as you find it interesting, and perhaps create a username, add some fallacious statements to the crowd-sourced collection, or join/start discussions.

How could this site create more value for you and help to the world? I’ve started with a few specific questions for beta players here, http://DontFallacy.Me/discuss/?feedback=1 . After a few months of feedback from my core communities, I plan to integrate any appropriate changes then promote the game more widely to the world. Thank you so much for participating and/or being an early adopter!

To help promote this more once this beta testing period is complete, I’ve created the first couple silly things (for which feedback is also warmly welcomed via the link above). The first is just a splash page based on phrase and illustration which struck me and stuck with me until realized… DontFallacyMeBro.com 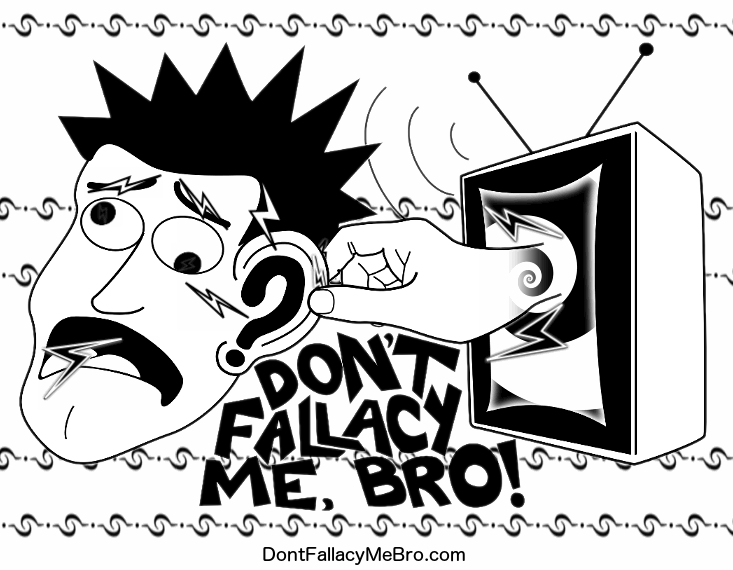 Later, after pondering the required order of questions involved in the trivium, I felt like making another graphic, a Trivium Fish… http://DontFallacy.Me/fish 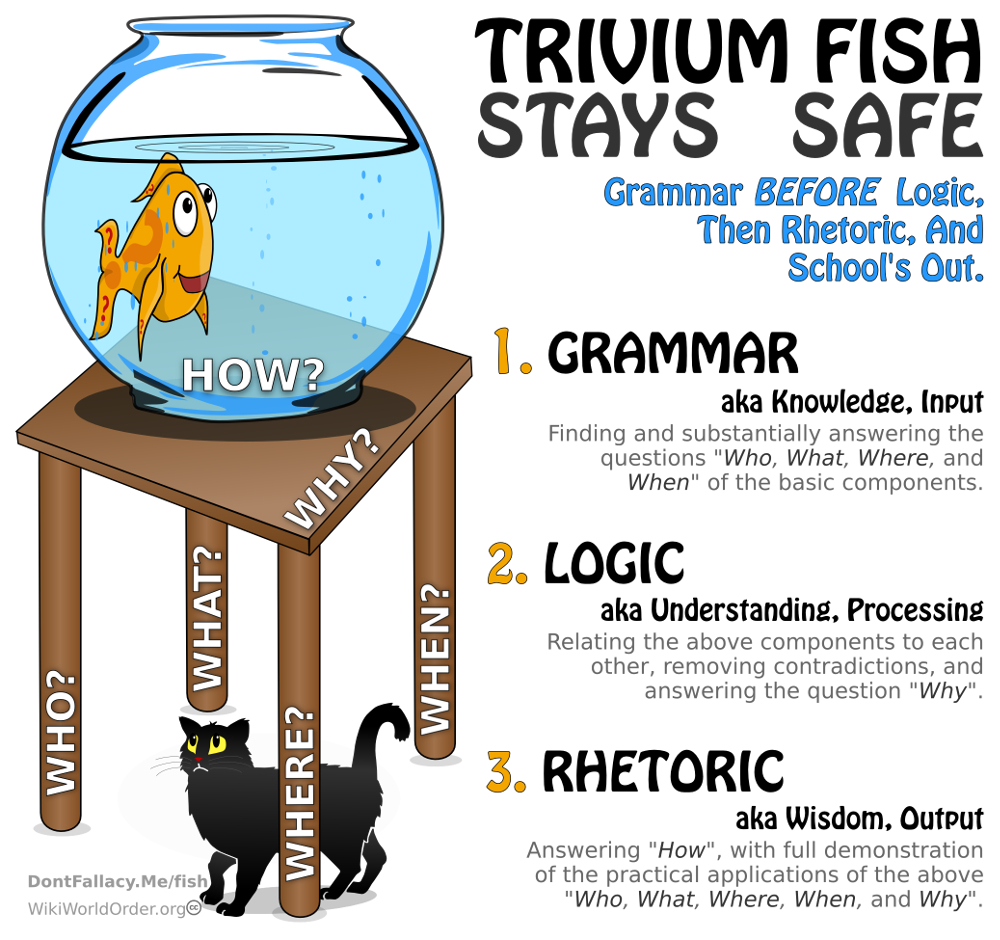