Re-Posted from Students for Sensible Drug Policy, http://ssdp.org/news/blog/after-6-years-university-of-maryland-finally-approves-good-samaritan-policy-for-all-drugs/. I started the University of Maryland chapter of SSDP in 2002 and have been involved in fighting the drug war ever since. Congratulations to all the beautiful activists in our family! <3

Yesterday, I returned to the University of Maryland, my alma mater, to attend a University Senate (the governing body comprised of 90% faculty and staff, and 10% students) meeting where members voted 81-2-1 in favor of an important life-saving overdose prevention policy.  The Diamondback reports:

After proposing a measure nearly six years ago that would protect dangerously drunk students or students on drugs from university sanctions if they call 911 for themselves or a friend, the University Senate voted overwhelmingly yesterday to approve an all-inclusive Good Samaritan policy.

The policy first passed the senate in 2011, when it was amended to only include alcohol. But activists quickly mobilized to push for a policy that included all drugs, leading former undergraduate senator Brandon Levey to propose all-inclusive legislation more than a year ago. Now, after the senate’s 81-2 vote with one abstention, the measure will go to university President Wallace Loh for his signature. 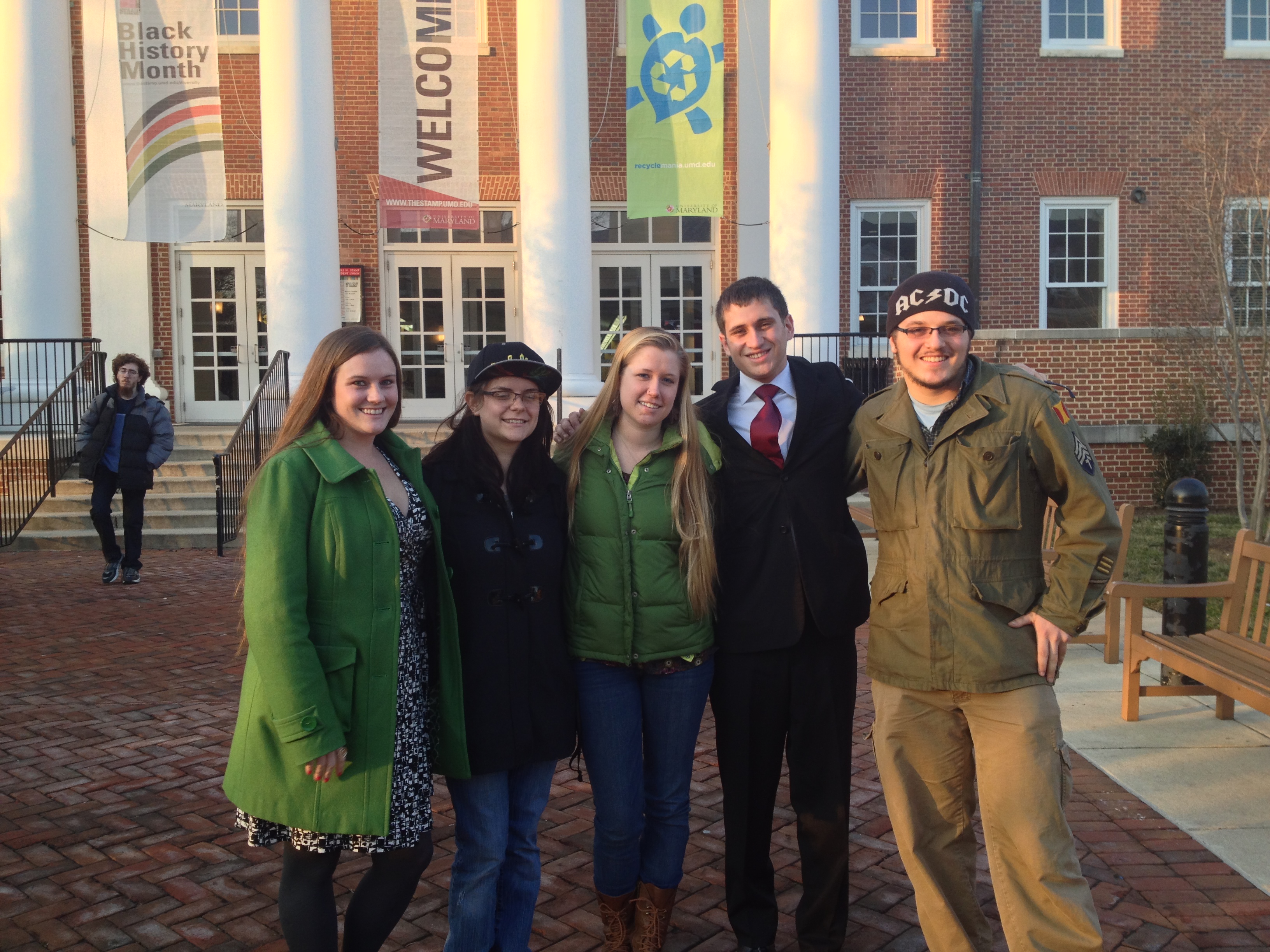 I started working on this issue in 2007 as an Undergraduate Senator at UMD when I first introduced the idea for an all-inclusive “Call 911 Good Samaritan” policy that would protect students from University sanctions in situations where emergency medical assistance is needed for a student overdosing on alcohol or other drugs.  Unfortunately, my proposal wasn’t able to make it out of committee before my term expired.

Fortunately, Irina Alexander, President of the UMD SSDP chapter at the time (and later SSDP board member), picked up where I left off as she was elected to the University Senate.  She worked tirelessly on this issue during her term, making major strides forward, but falling just short of a full Senate vote on the issue before her term was up.  Then Brandon Levey, another UMD SSDP officer (and later, SSDP board member), got himself a seat in the Senate, as Irina passed the torch to him.

In 2011, we enjoyed a major victory when the University Senate unanimously approved an alcohol-only Good Samaritan policy.  But we knew our work wasn’t done yet.  Brandon and other allies continued working toward the goal of a policy that would include all drugs.  When his term expired, Crystal Varkalis, UMD SSDP officer, picked up where he left off as she was elected to the University Senate and was able to bring us to yesterday’s victory.

Watch Crystal and Brandon address the University Senate before the vote.

Thank you and congratulations to everyone who helped make this possible.  Words can hardly describe how proud I am to have been a part of this six-year campaign!

P.S. Making the win even sweeter still, today is my birthday.  🙂  Please consider helping me celebrate with a $26 donation to SSDP via my Causes birthday wish.